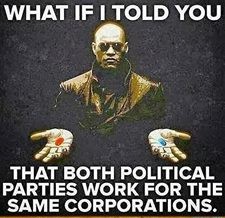 Have you even heard of the TPP - the Trade Pacific Partnership? There's good reason for that, if enough people knew about it it would severely hamper their negotiations because it's less of a 'free trade' agreement and more of a 'free corporate profits from pesky-democratic-rights' agreement; the right to protect ourselves from blind profiteering at our expense. Our democracy is not for sale and should not be compromised by trade or any other agreements. To allow this to happen is to fundamentally erode the principles of democratic nation states. A democracy should have the right to create whatever laws and legislation that are in the best interests of its citizens without the fear of reprisal or punishment for doing so from some corporate entity outside its borders. If I understand the nature of this agreement correctly then hypothetically if Adani for example had an agreement to work in the vicinity of the reef and we then passed a law to protect the reef but inhibited their profits, Adani could then sue us for loss of 'future profits'.